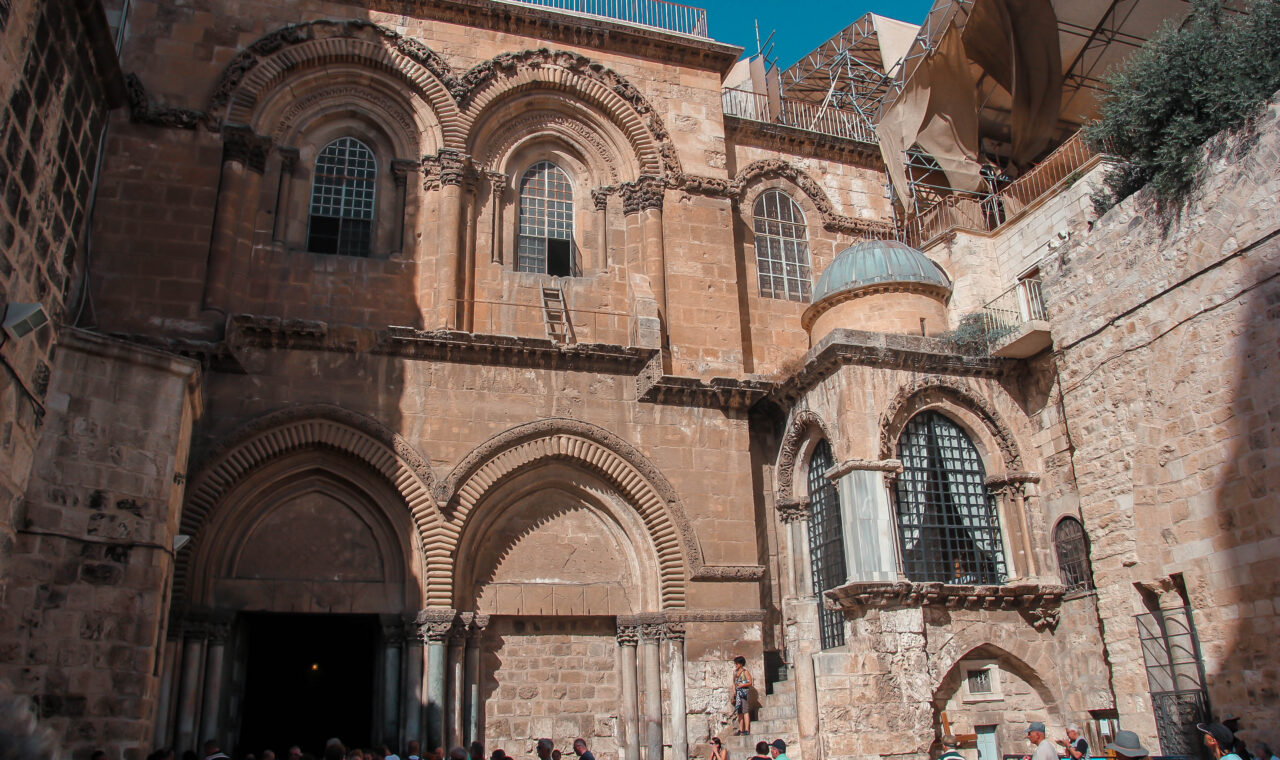 Visiting Jerusalem has always seemed surreal for me. Walking around all the places that I learned about from the Bible had so much more of a meaning for me than any Eiffel Tower, Empire State Building or rice fields in Bali. So having my wish come true has been one exciting day for me.

Our ship was docked in Haifa, a beautiful city on its own that I will surely return to visit one day too. A drive from Haifa to Jerusalem took about 2 h 30 min, so we had only about 5 hours in the city (including lunch).
So in that short time, I was happy that we managed to visit some of the most important sights of the city, the places that I had hoped to see, touch and experience. I got goose bumps when we were learning about places like the Western Wall or the Church of Holy Sepulchre as well as some of the places I never knew we would be visiting.

So here are my highlights from the one-day-visit to the Holy City Jerusalem:

The view of the city from the Mount of Olives

Coming into the city of Jerusalem, we made a photo stop on the Mount of Olives, a hill above Jerusalem that is known as the area where Jesus spent time in his thoughts, praying, teaching his students and even weeping over Jerusalem some time before the Last Supper.
The view from that spot will give you a chance to notice one of the symbols of Jerusalem – the golden Dome of Temple Mount – one of the holiest places of the city.

Driving by, you will see a lot of cypress trees, but this area was named the Mount of Olives for the olive groves that once covered the slopes of the hill.  As well, you will see a beautiful church with a large golden mosaic on the heading. It is the Church of All Nations where Jesus is said to have prayed before his arrest.

One of the oldest still existing parts of the Holy City, Jaffa Gate is one the seven main Gates of the Old City of Jerusalem. It is the south-east entrance to the city and one of the often used ones because it takes you to all the street markets in the Muslim and Armenian Quarters. It is also the closest entrance to the Christian Quarter where you can find the Church of the Holy Sepulchre.

Also known as The Wailing Wall, this is one of the holiest places of Jerusalem for Jews, where they are allowed to come and pray at any time. The Western Wall’s holiness in Judaism is a result of its physical closeness to the Temple Mount that actually has very strict limitations for visitors.

So, right when you enter the city, you will be greeted by a big stone wall divided into a separate space for men and women. People come to the wall to pray, weep and leave their prayers in the cracks of the wall. You will also see a lot of people kissing and worshiping the Wall as well as sitting in their thoughts and prayers around it.

It is a very emotional space and moment, far more than I was able to comprehend.  I wish I would have had more inside knowledge to share about it, but I know only as much as I was told or have read about it myself.

You probably have heard about the 14 stations of Jesus’ Cross to Golgota where he was crucified, buried and had risen from the tomb.  So, Via Dolorosa is the path through the old town of Jerusalem that takes you through these 14 stations, finishing at  Golgota and his tomb, explaining each one of them.

The narrow, cobblestone plastered streets are full of tourists and souvenir vendors, yet their significance is not belittled by it.

The church of the Holy Sepulchre

One of those the places in Jerusalem and a destination for millions of pilgrims lies inside this church. It was built on the place where it is assumed that the crucifixion and the burial of Jesus’ body took place – also known as Golgota or Calvary.

The church on the inside beholds a special kind of atmosphere – thousands of people together in thoughts, prayers and respect for the significance of this place they have entered.

For anyone that had learned or read from the Bible, you will remember this place as the final stops of Jesus’ procession, the place where he was crucified along two other men, the place where his body was prepared for burial and the cave that his body was placed in after his death. The cave was covered with a giant stone that weighed tons and was found moved on the day that Jesus has risen from the dead.

So what you will find inside the church are artifacts and holy places such as:

The Altar of the Crucifixion

the 12th station of Jesus’ cross, where he dies on the cross. The altar is placed over the rock  of Calvary  (representing the 12th station) which can be touched through a hole in the floor beneath the altar.

The tomb of Jesus and parts of the stone that was used to cover the tomb are inside The Holy Sepulchre. Unfortunately, the line was too long for me to wait and enter, so here is how it looks like from the outside.

Just at the entrance to the church, it is a flat stone board that is believed to have been the stone where Jesus’ body was prepared for burial.

Also known as the city of David, Mount Zion is one of seven hills of Jerusalem, in a peaceful surrounding a  bit outside of the old city.

It is a space of great significance, especially for these two places:

The Room of the Last Supper (Cenacle)

Remember that painting of the last supper with Jesus and his 12 apostles around the table? Now imagine standing in a room that is the alleged place where the Last Supper was held.  Such a surreal feeling!

On the ground floor of the remains of synagogue  Hagia Zion is a site considered to be the burial place of biblical king David of Israel. You may better know him as the David that beat Goliath.

When finished with all the historical visits in the city, make sure you still take some time for a relaxed walk through the busy and vibrant market streets of the city.
Have a taste of the local freshly pressed juice or one of many street food specialities, enjoy the scents of myrrh and burning frankincense, check out all the Aladdin lamps to see if one may still work and hear the pulse of this vibrantly beautiful, historical and extraordinary place.

The search for street art in Bodø » 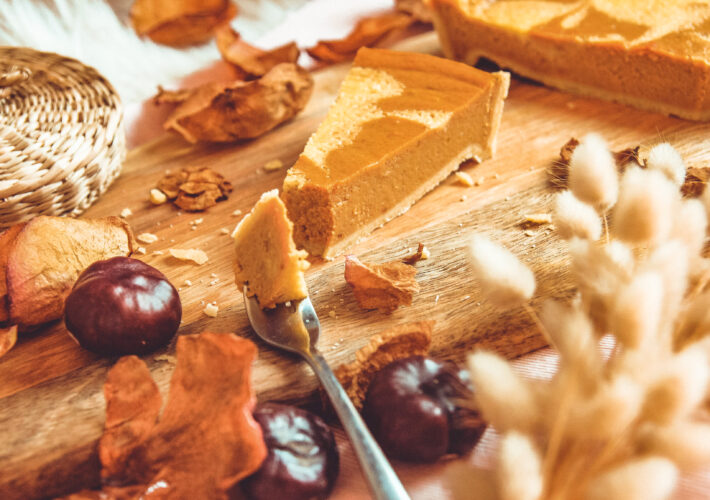 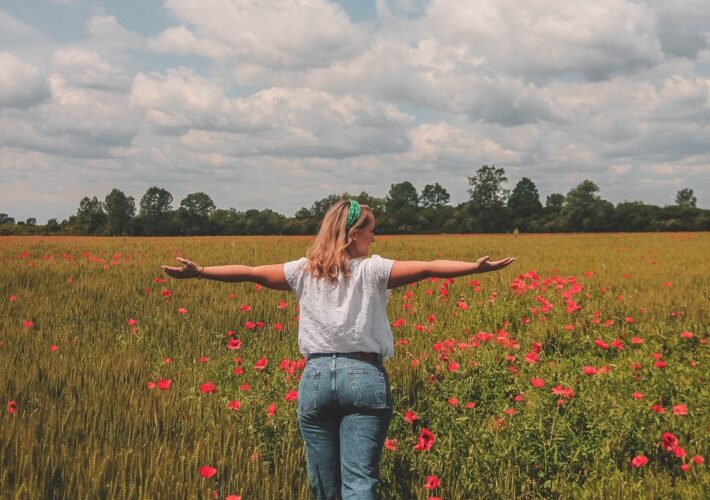 Hi! I am Pam from the Charmpam Blog. I share with you my travel memories of the places that took my breath away, my sweet food experiments in the kitchen and a bit of life and inspiration in between. Enjoy it and I would love it if you`d say hi! 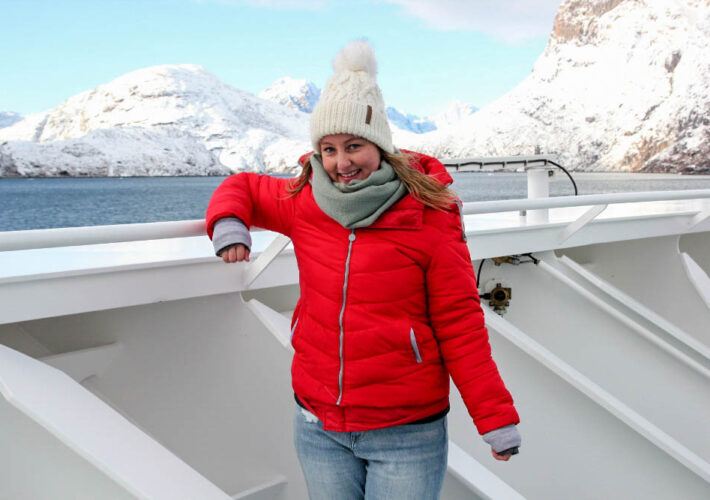 Greenland – Visit to the land of…

The search for street art in Bodø

Connect with me on other social communities for more content

If you happen to find yourself in Porec, don't mis

It is sometimes so easy to forget how many moments

I enjoyed London to the fullest, till our feet fel

London at Christmas time has a treat for you aroun

London is like heaven for foodies. Just the amount

If you are planning your trip to London and want t

Tired but happy, the last day of London is behind

Last night, our feet fell off at the Winter Wonder